Who cares for, or about the, homeless in Weston-super-Mare and North Somerset – Archived 4th January 2018

That there is no permanent Homeless shelter in North Somerset, is a disgraceful state of affairs; Conservative North Somerset Councillors should hang their heads in shame.

Did you know that the Police in Bristol have been sending homeless people from Bristol to Weston-super-Mare telling them there is a shelter for them to sleep at?  There is not, the only shelter that ever opens in Weston or North Somerset only operates for a few days over Christmas.

Could you imagine sleeping out in the gales and rain of the last few days? Do you imagine people do this through their own choice? No-one would voluntarily subject themselves to that sort of existence.

At our monthly meeting of the Weston Labour Party earlier this week some of our members when leaving to go home happened upon this very thing.  There was a man, who had been sent that very evening by the police from Cardiff to Bristol, then again by the Police from Bristol to Weston, just pushing this poor man along the tracks to become “someone else’s problem”

This is just not acceptable

Most admirably, between them, our members from their own pockets, raised enough money for this man to stay in a B&B that evening, and provided his fare to get back to Bristol where there are several homeless shelters, and at least some infrastructure to assist someone in that situation.

The Conservatives keep throwing out the tired old line that the homeless on our streets are not really homeless and are “professional beggars” "travelling by train" to the town daily to fleece residents - this just is not the case.  If you go out around the town late in the evening you will see well over a dozen rough sleepers, in all weather conditions.

Cllr Ap Rees (Deputy Council Leader) when interviewed on Radio Bristol a few days ago mentioned the homeless man who sleeps outside a bank in Weston, I have personally spoken to this man, he is genuinely homeless and chooses that location to sleep in because it is well lit and so he feels safer there.  You can hear the Radio Bristol interview with Cllr. Ap Rees here http://www.bbc.co.uk/programmes/p05qg9gy starting at 2h07m (available until 30th January 2018)

These people are some of our most vulnerable. It was Mahatma Ghandi who said “A nation's greatness is measured by how it treats its weakest members.”.  At this current time, under this government, and the previous, we do not measure up, we are not a great nation; we will not be until we properly address the issues facing the most vulnerable in our society.

For the Many Not the Few. 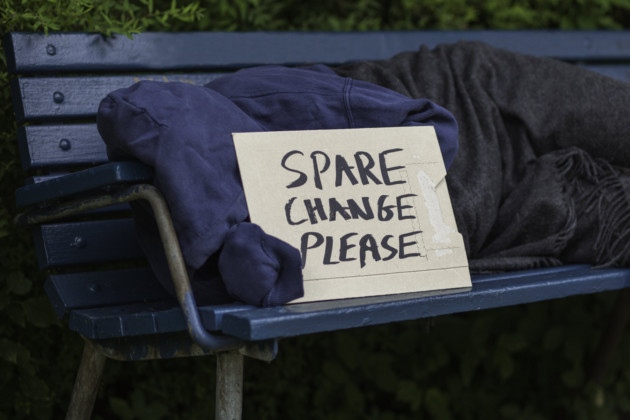